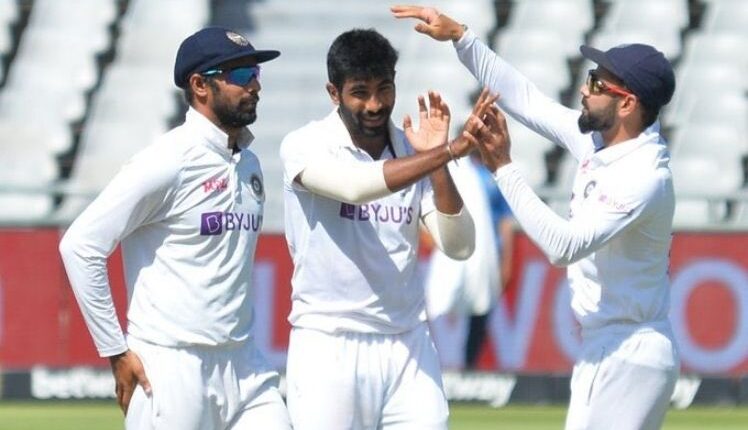 Cape Town: Indian fast bowler Jasprit Bumrah’s dominant bowling performance helped the blue army to bundle up Proteas for 210 in the third Test against South Africa at the Newlands in Cape Town.

Meanwhile, at stumps in the second innings of the ongoing tie, India were 57 for the loss of two wickets and Virat Kohli has joined Cheteshwar Pujara to give a steady start.

The two senior pros need to stay India in this tricky phase as South Africa pacers are fired up. India bowled South Africa out for 210, taking a 13-run first-innings lead.

Bumrah picked up his 7th 5-wicket haul, while Mohammed Shami and Umesh Yadav chipped in with 2 each.

Earlier, Keegan Petersen scored a fighting 72 before he was dismissed by Bumrah just after Tea.

Initially, India posted a total of 223 with skipper Virat Kohli top-scoring with a fighting knock of 79. The visitors have taken an overall lead of 70 runs.