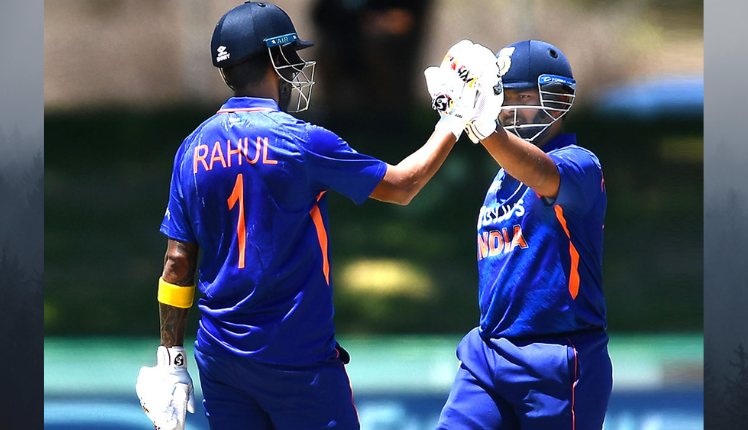 Paarl: Half-centuries of Rishabh Pant, and captain KL Rahul helped India to set a competitive total of 288 in 50 overs against South Africa at the Boland Park in Paarl.

Rishabh Pant shone with 85 while KL Rahul got out for 55. They added 115 runs for the third wicket which was the defining partnership of the Indian batting.

Earlier in the day, former skipper Virat Kohli got out for 0. Rahul also added 63 runs for the first wicket with Shikhar Dhawan.

A good 48-run stand in 38 balls between Shardul Thakur and R Ashwin helped India to push ahead after another middle-order wobble.