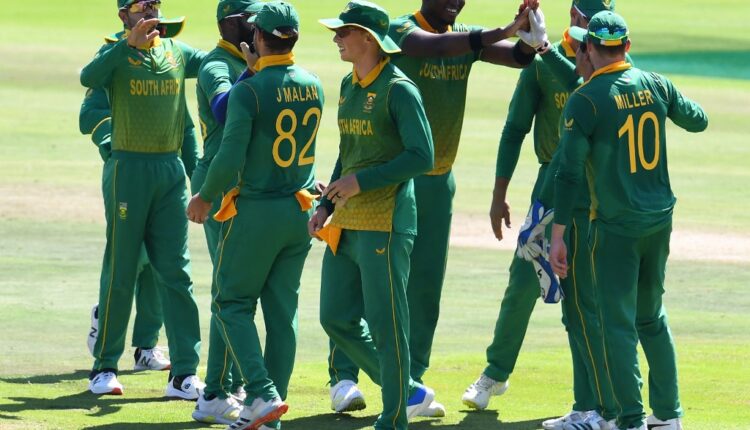 Cape Town: Another record of failure took its position in the ‘Hall of Shame’ of the Indian squad as KL Rahul led ‘Blue troop’ lost the last match of the ODI series against South Africa at the Newlands in Cape Town.

The match went till the final over but South Africa beat India by 3 runs in the 3rd ODI. With this, India have suffered their first-ever series sweep in an ODI series in South Africa.

While captain KL Rahul scored only 9 runs, last test hero Rishabh Pant got out scoring a duck. Shreyas Iyer, Suryakumar Yadav did not convert their good start and after failing in bowling, Jayant Yadav also showed the same show in batting.

Though Deepak Chahar fought a lot to give the first taste of victory in 2022, the stuttering batting lineup of India again proved that they are incapable to face the pace attack of Proteas’.

It was looking so easy when Deepak Chahar and Jasprit Bumrah were in the middle and the former knocked a classy fighting half-century. But the hope of the first victory of the year vanished after he got out

Chahar was the hero for the Indian team in the last match of the tour first, he picked two wickets with the ball, and later batting at No.7 he played a competitive knock of 54-run.

He added 55 runs with Jasprit Bumrah for the eighth wicket. Virat Kohli and Shikhar Dhawan too scored half-centuries for India in the chase but they fall short to go big again.

In the end, David Miller played a good knock of 39-run to guide South Africa to a good total.

For India, Prasidh Krishna was the pick of the bowlers with his three wickets while Jasprit Bumrah, Deepak Chahar picked two each and Yuzvendra Chahal got one.