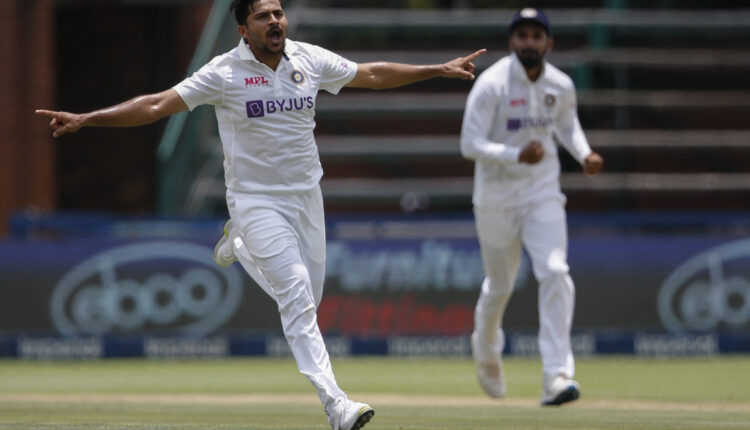 Johannesburg: With a sensational bowling performance, seamer Shardul Thakur (7/61) gave a new turn to India, bowling out South Africa for 229 in their first innings on Day 2 in Johannesburg.

At Stumps on Day 2 of the second Test at the Wanderers, India are at 85/2 leading South Africa by 58 runs.

Ajinkya Rahane and Cheteshwar Pujara are on the crease after the visitors lost two wickets early in their second innings.

The bowling figures of 7/61 by Shardul is the best ever by an Indian bowler in South Africa and he got a standing ovation from the support staff and Indian coaches while walking back to the pavilion.

Petersen brought up his first test half century but then followed back to the dressing room when he was caught in the slips off Thakur for 62. Temba Bavuma and Kyle Verreyne then put up South Africa’s second significant stand of the day before both fell to Thakur.

Proteas took a 27-run first-innings lead and now it will depend on how Indian batters will go in the second innings to set up a good target for the home in the fourth innings.