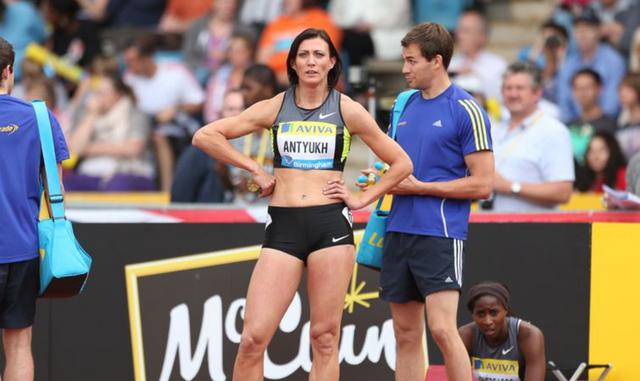 Lashinda Demus in line for gold

Ten years after the London Olympics, banned Russian athlete and the 2012 Olympic 400 metres hurdles champion, Natalia Antyukh, is set to lose her gold medal after the Monaco-based Athletics Integrity Unit (AIU) disqualified her results from July 2012 to June 2013 on Monday.

Antyukh, 41, won the title at the London Olympics in August 2012, beating American Lashinda Demus, who will be upgraded to the gold if the International Olympic Committee (IOC) acts on the AIU ruling.

After Antyukh’s disqualification from her 400-meter hurdles win at the 2012 London Olympics for doping, Lashinda Demus of the United States is set to be upgraded to the gold medal.

“Following AIU charges based on LIMS data, Russian athlete Natalia Antyukh has been banned for the use of a Prohibited Substance/Method. DQ results from 15 July 2012 until 29 June 2013,” the AIU said in a statement.

Antyukh’s results were disqualified after the Russian Anti-Doping Agency (RUSADA) rendered its decision last week. The ruling will become final and binding if there is no appeal after 45 days.

At the 2012 Olympics, on August 8, Demus finished 0.07 seconds behind the Russian winner. Now aged 39, Demus is in line to become an Olympic champion for the first time and get a gold medal from the International Olympic Committee to add to her world title won in 2011.

The bronze medalist 10 years ago, Zuzana Hejnová of the Czech Republic should be upgraded to silver, and the bronze is set to go to Kaliese Spencer of Jamaica.

Antyukh is already serving a four-year ban until 2025 for breaking anti-doping rules. The ruling was handed down last year by the Court of Arbitration for Sport (CAS). At the time, CAS said all her competitive results from June 2013 through the commencement of the period of her ineligibility (April 2021) were disqualified.

Adieu GODARD travels to Barcelona for its Spanish Premiere