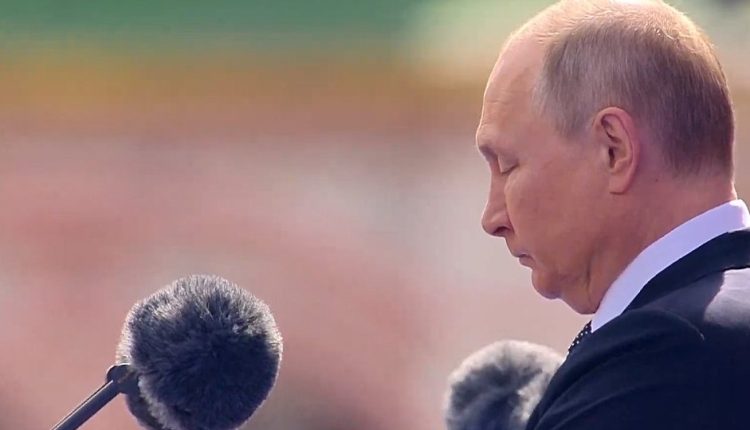 Moscow: On the occasion of the Victory Day parade at Moscow’s Red Square on Monday, Russian President Vladimir Putin drew parallels between the Red Army’s fight during World War II against the Nazi troops and the battle in Ukraine.

Speaking at the Red Square marking the defeat of Nazi Germany, he said, “We (Russia) will never give up our love for the country, faith, traditional values, ancestral customs and respect for all peoples and cultures. As for the West, it seems to be determined to cancel these millennia-old values.”

During an address on the 77th anniversary of the victory over Nazi Germany, Putin condemned what he called external threats to weaken and split Russia. He reiterated that NATO was creating threats for Russia right next to its borders.

“This moral degradation paved the way for cynical falsifications of the history of World War II, attempts to incite Russophobia, glorify traitors, mock the memory of their victims and wipe out the bravery of those who fought and suffered for the Victory,” he added.

He addressed the soldiers fighting in eastern Ukraine’s Donbas region, saying, “You are fighting for the Motherland, for its future, so that no one forgets the lessons of World War Two. So that there is no place in the world for executioners, punishers and Nazis.”

Putin promised that the death of each of the Russian soldiers and officers was a shared grief and an irreparable loss. He assured that the state would look after their children and families.