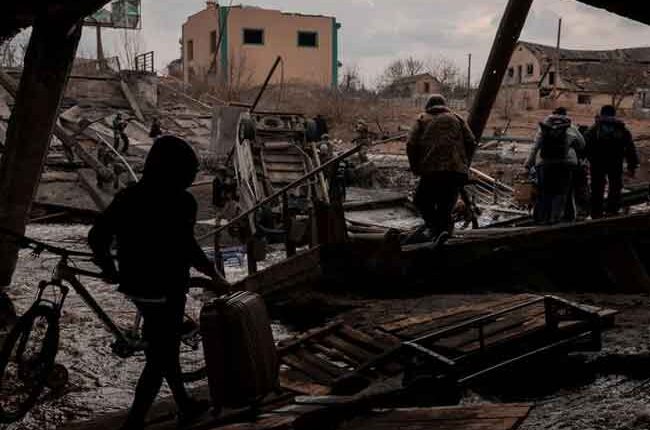 Kyiv: Vasylkiv military airfield, Kyiv Oblast city in Ukraine has been destroyed by the Russian forces, dropping eight missiles. This information was given by mayor Nataliia Balasynovych on Saturday.

The enemy forces also destroyed a local oil depot while the fire broke out at an ammunition depot, reported The Kyiv Independent.

As the conflict worsens, the death toll continues to rise with each passing day. According to Ukraine’s media outlet, Russia’s war killed a total of 79 Ukrainian children.

The Prosecutor General’s Office said that almost 100 children have been injured since Russia launched its full-scale invasion of Ukraine on February 24.

The indicative estimates of Russia’s losses were shared by the media outlet on its Twitter handle. As per the data as of March 12, according to the Armed forces of Ukraine, more than 12,000 enemy forces have been killed with 362 tanks being destroyed.