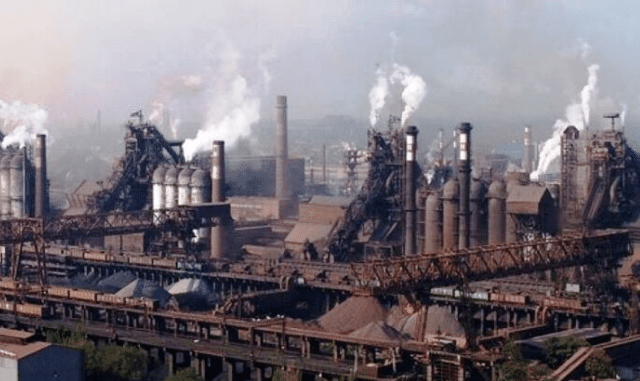 Kyiv, Ukraine: Russian forces have broken into the Mariupol’s Azovstal steel plant in a bid to destroy the remaining soldiers, Kyiv’s last defenders in the battered city, holed up in the giant factory, Ukraine said on Thursday.

In a statement, the Ukrainian Army said: “Russian occupiers are focusing on blocking and trying to destroy Ukrainian units in the Azovstal area…”With the support of aircraft, Russia resumed the offensive in order to take control of the plant.”

The statement came as a Russian-announced ceasefire was due to begin at the besieged plant, where hundreds of Ukrainian soldiers and some civilians have been trapped for weeks.

On Wednesday, a commander of the Azov battalion, leading the defense of Mariupol, said that Russian soldiers have entered the plant and that there were “ongoing, bloody battles.”

“For two days, the enemy has burst into the enclosure of the steelworks,” Azov commander Denys Prokopenko said in a video on Telegram.

Ukrainian President Volodymyr Zelenskky on Wednesday asked UN chief Antonio Guterres to help “save” his units in Azovstal, calling for “the removal of all the wounded”.

The Ukrainian leader said in a separate video address later that there were still civilians — “women and children” — stuck at Azovstal and that Kyiv was “negotiating” to rescue them.

A further 344 Ukrainians were evacuated from Mariupol and its surroundings late on Wednesday.