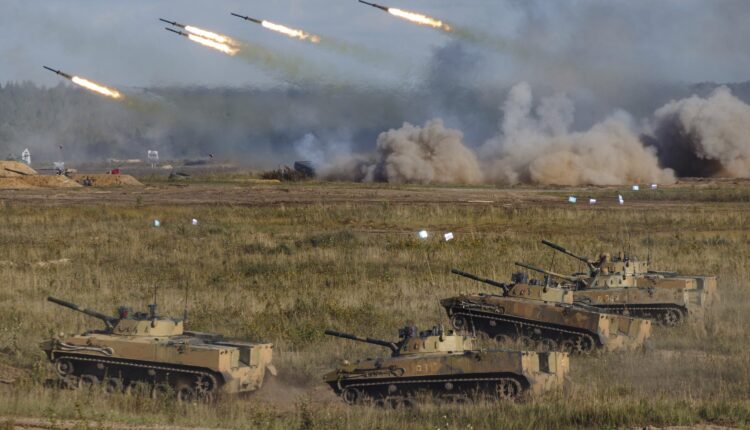 Russia May Create Pretext To Attack Ukraine: US

Washington DC: The United States has said that Russia might create a surprise pretext for an attack on Ukraine.

US officials said they could not confirm reports that US intelligence indicated Russia planned to invade on Wednesday.

Russia could invade Ukraine at any time and might create a surprise pretext for an attack, the United States said on Sunday, as it reaffirmed a pledge to defend “every inch” of NATO territory.

Russia has more than 100,000 troops massed near Ukraine, which is not part of the Atlantic military alliance, and Washington – while keeping open the diplomatic channels that have so far failed to ease the crisis – has repeatedly said an invasion is imminent.

Moscow denies any such plans and has accused the West of “hysteria”.

German Chancellor Olaf Scholz, on the eve of a trip that takes him to Kyiv on Monday and Moscow for talks with President Vladimir Putin on Tuesday, called for Russia to de-escalate and warned of sanctions if Moscow did invade.

A German official said Berlin did not expect “concrete results” but diplomacy was important.

Ambassador Vadym Prystaiko was quoted as saying Ukraine was willing to be “flexible” over its goal to join the Atlantic military alliance.

R. Madhavan’s ‘Rocketry: The Nambi Effect’ to release worldwide in theatres on July 1