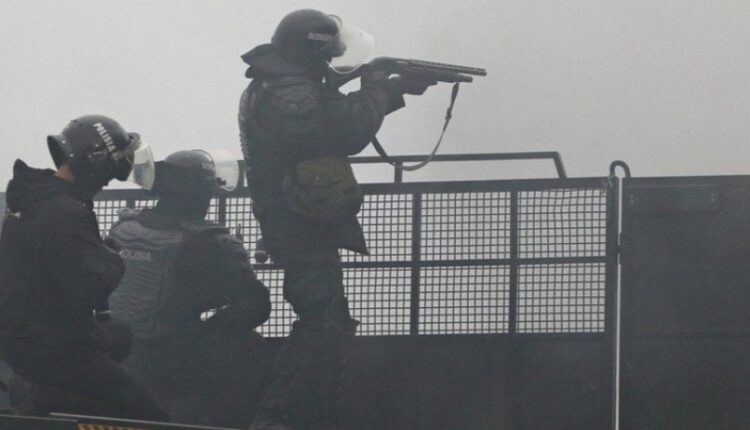 Almaty: Fresh violence erupted in Kazakhstan’s largest city on Thursday as Russia rushed in paratroopers to put down a countrywide uprising in one of Moscow’s closest former Soviet allies.

Police in the main city Almaty said they had killed dozens of protesters. The authorities said at least 18 members of the security forces had died, including two found decapitated. More than 2,000 people had been arrested.

The Russian deployment was a gamble by the Kremlin that rapid military force could secure its interests in the oil and uranium-producing Central Asian nation, by swiftly putting down the worst violence in Kazakhstan’s 30 years of independence.

Local media reports said security forces had cleared demonstrators from the central square and other key government buildings, but there were also reports of gunfire elsewhere in the city.

The internet was shut down across the country, making it impossible to gauge the extent of the unrest.