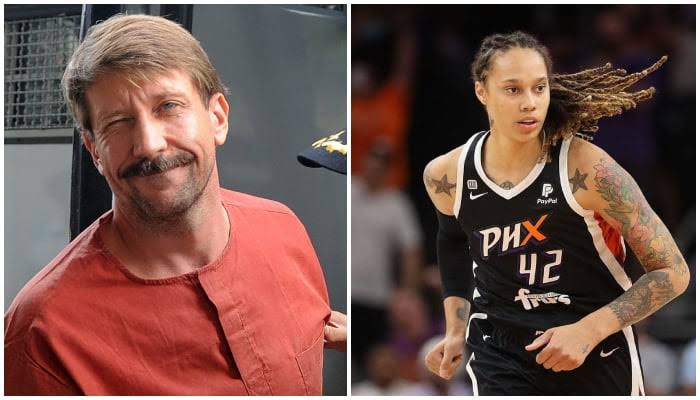 Moscow: Russia freed the jailed US basketball star Brittney Griner on Thursday in a dramatic high-level prisoner exchange for the notorious arms dealer Viktor Bout, the so-called “Merchant of Death” who had been held in a US prison for 12 years.

Joe Biden, who had made Griner’s release a top priority after she spent almost 10 months in jail on drug charges, said in an address from the White House he found her “in good spirits” when speaking following the swap in Abu Dhabi.

Griner was arrested at a Moscow airport in February for possessing cannabis oil and last month sent to a penal colony.

The elaborate swap involved two private planes bringing the pair to Abu Dhabi airport from Moscow and Washington, and then flying them home.

Viktor Bout, a notorious arms dealer who was released as a result of a US prisoner swap, arrived in Russia on Thursday, state television said.

“Don’t worry, everything is OK, I love you very much,” he told his mother Raisa in comments broadcast by state television. He spoke to his family when his plane made a refuelling stop in Russia.

In footage broadcast on state television, Bout was shown boarding a plane during the swap with the United States, a smile on his face.

Aboard the plane, a nurse took his temperature and checked his blood pressure.

He was met by his family when he arrived in Moscow, in footage shown by state news channel Rossiya 24.

“They simply woke me up in the middle of the night and told me to pack my things. There was no clear information beforehand,” he said.

“I got here, that’s the most important thing.”

The 55-year-old Bout, who was accused of arming rebels in some of the world’s bloodiest conflicts, was arrested in a US sting operation in Thailand in 2008, extradited to the United States and sentenced in 2012 to 25 years in prison.