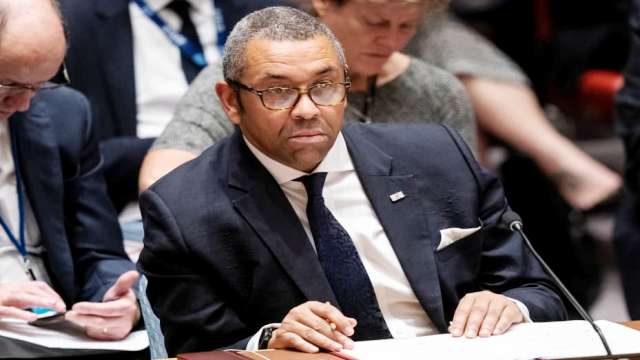 London: The UK government on Friday imposed new services and goods export bans on Russia in response to what it termed the “illegal annexation” of four regions of Ukraine after “sham referendums”.

The services sanctions are designed to target vulnerable sectors of the Russian economy, including IT consultancy, architectural services, engineering services and transactional legal advisory services for certain commercial activity. UK Foreign Secretary also instructed the Russian Ambassador, Andrey Kelin, be summoned to the Foreign, Commonwealth and Development Office (FCDO), to protest in the “strongest terms” against the Russian action in Ukrainian regions of Donetsk, Luhansk, Kherson and Zaporizhzhia.

“The Russian regime must be held to account for this abhorrent violation of international law. That’s why we are working with our international partners to ramp up the economic pressure through new targeted services bans.

What happens in Ukraine matters to us all, and the UK will do everything possible to assist their fight for freedom,” he said. According to the FCDO, the UK is moving in lockstep with international partners and as Russia imports 67 per cent of its services from the sanctioning countries, it will impact access to IT services, advertising services, transactional legal advisory services and auditing services.

The UK has also sanctioned Elvira Nabiullina, the Governor of the Central Bank of the Russian Federation. The FCDO said that in her role, Nabiullina has been instrumental in steering the Russian economy through the Russian regime’s illegal war against Ukraine and extending the ruble into the Ukrainian territories that are temporarily controlled by Russia. The governor is now personally subject to an asset freeze and travel ban.