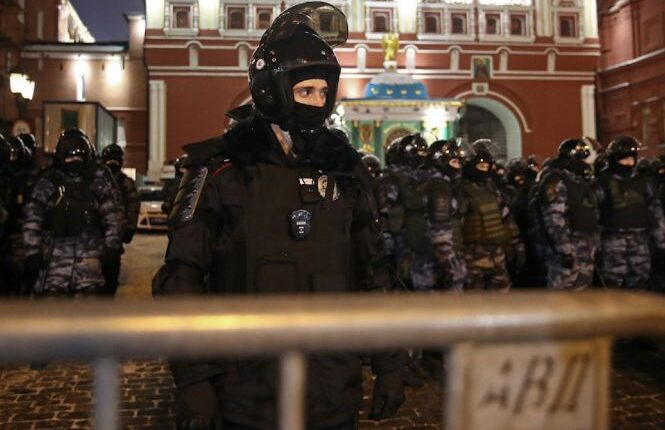 Moscow: Russia informed that it is expelling diplomats from Sweden, Poland and Germany, alleging they participated in recent illegal protests.

The country’s foreign ministry said that “such actions on their part are unacceptable and do not correspond to their diplomatic status.”

The Russian Foreign Ministry said in a statement that the diplomats were declared “personae non grata” because of their participation in a Jan. 23 demonstration “incompatible with their diplomatic status.” The statement did not identify the protests, but demonstrations were held that day demanding the release of jailed Russian opposition leader Alexei Navalny.

Russia has seen two weekends of sweeping protests demanding the release of Navalny, who was sentenced earlier this week to 3.5 years in prison for violating the terms of an old conviction.

Navalny was arrested on Jan. 17 upon returning to Moscow from Germany, where he had been recovering from a near-fatal poison attack that he blames on Russian President Vladimir Putin. Authorities claim he violated the terms of his 2014 parole by not checking in during his time in Germany.

US seeks to sink differences with India over warship passage