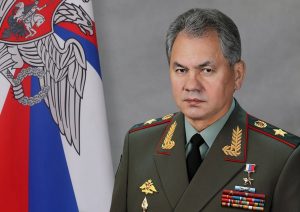 Moscow: Russian Defense Minister Sergey Shoigu announced on Sunday that the last remnants of Ukrainian forces have been driven out of the Luhansk People’s Republic (LPR).

Shoigu said Russian troops along with Donbass forces had completely seized Lisichansk, the last major city which had remained under Ukrainian control since 2014.

News of the capture of Lisichansk comes after Ukrainian troops retreated from Severodonetsk, a nearby city on the opposite side of the Seversky Donets River, last week.