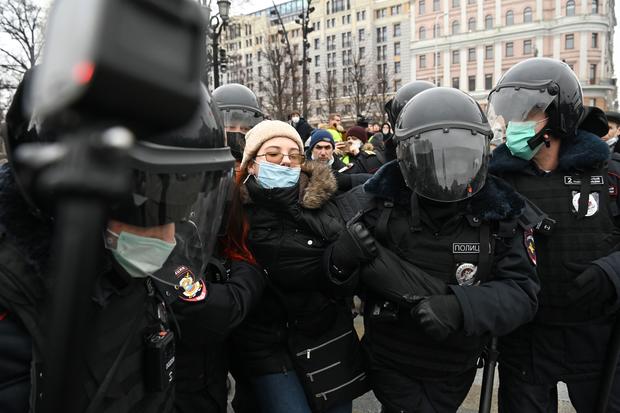 Moscow: Russian police arrested hundreds of protesters who demanded the release of opposition leader Alexey Navalny, the Kremlin’s most prominent foe, according to a group that counts political detentions.

Russian police have arrested more than 3,000 people and used force to break up rallies around the country.

Navalny’s wife Yulia was among those arrested.

The OVD-Info group, which monitors political arrests, said at least 941 people were detained in Moscow and more than 350 at another large demonstration in St. Petersburg. Overall, it said 3,454 people had been arrested in some 90 cities.

Navalny was arrested on January 17 when he returned to Moscow from Germany, where he had spent five months recovering from a severe nerve-agent poisoning that he blames on the Kremlin and which Russian authorities deny. Authorities say his stay in Germany violated terms of a suspended sentence in a 2014 criminal conviction, while Navalny says the conviction was for made-up charges.