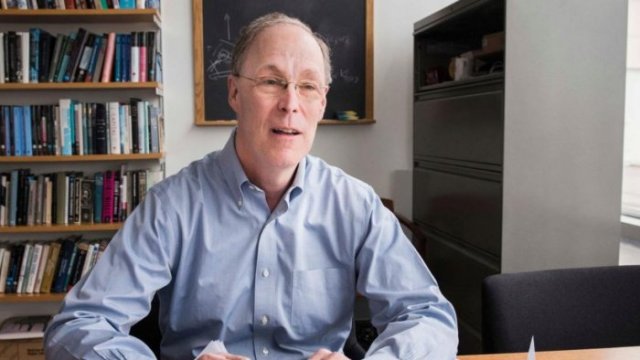 New Delhi: Douglas W Diamond, winner of this year’s Nobel Memorial Prize in Economic Sciences, says it is difficult to predict exchange rates but the rupee should stabilise once the US “reduces the speed of its rate increases”.

The American economist also said that when the US raises exchange rates unexpectedly, the dollar tends to appreciate and things will normalise when interest rates are closer to each other in the US and India.

Diamond, a Merton H Miller Distinguished Service Professor of Finance at the University of Chicago’s Booth School of Business, shared the Nobel Prize with former US Federal Reserve Chair Ben Bernanke and US-based economist Philip H Dybvig for their research into the fallout from bank failures.

According to the Nobel panel at the Royal Swedish Academy of Sciences in Stockholm, their research has shown “why avoiding bank collapses is vital”.

Asked about the continuous fall of the Indian rupee against the USD dollar, Diamond says, “It is difficult to predict the exchange rates. When the US raises rates unexpectedly, the dollar tends to appreciate. Once the US reduces the speed of its rate increases, the rupee should stabilise.”

On Friday, the rupee appreciated 16 paise to 81.54 against the US dollar.

Diamond, who had once observed that delegated monitoring allows savers to get access to safe and high returns, says bank monitoring works well when banks are well capitalised and there is little lending to bank insiders.

“I expect this to continue in the future. For savers to get high returns, a reasonable amount of bank competition is needed as well,” he argues.