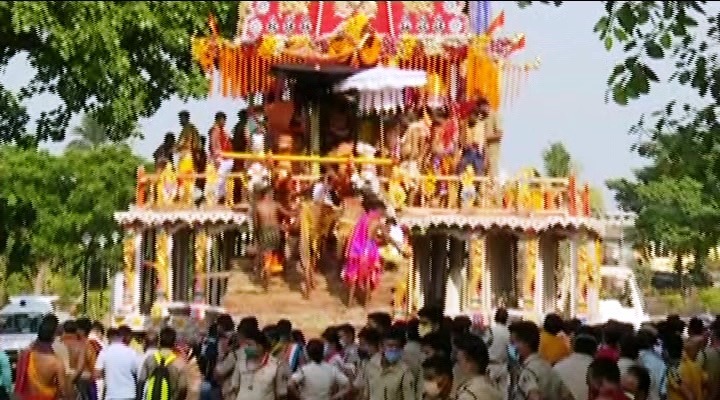 Bhubaneswar: The famous ‘Rukuna Rath Yatra’ of Lord Lingaraj will be celebrated on April 9 this year.

Reportedly, the schedule of different rituals have been finalised in a meeting that was held in the presence of the Collector.

During this meeting, it has been decided that the ‘Pahandi’ rituals and ‘Ratharudha’ will be held between 12:30 pm to 1:30 pm.

Thereafter, the Chariot pulling ceremony will begin from 3:30 pm onwards. The ‘Bahuda’ ritual will be held on April 13.

After a gap of two years, the five-day Rukuna Rath Yatra of Lord Lingaraj will be held with public participation this year from April 9. The festival, an important event in the cultural calendar of Capital City, is celebrated on the occasion of Ashokastami.