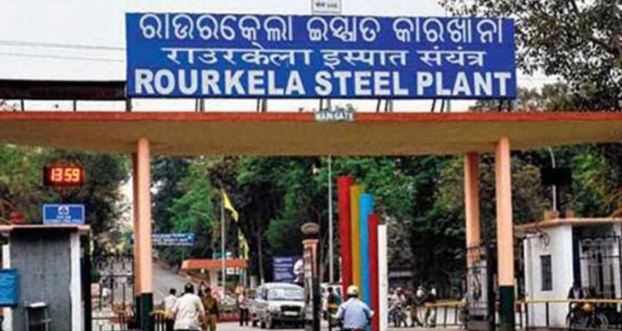 Rourkela: Two Deputy General Managers (DGMs) of Rourkela Steel Plant (RSP) have been suspended for their alleged dereliction of duty in connection with the gas leak tragedy in the plant.

The plant authorities have also decided to provide jobs to one family member of each deceased person.

One suspended DGM is reportedly from the Coal Chemical Department, where the gas leak mishap took place on Wednesday morning. The other one belongs to the Energy Management Department.

Reports said the steel plant authorities will provide insurance claims to the victims. The contractual firms have been instructed accordingly, the reports said.

Worthwhile to mention here that nearly six persons fell sick due to the toxic gas leak at around 9.45 am this morning. Four contractual workers identified as Babu Panda, Abhimanyu Saha, Rabi Sahu and Ganesh Pylo of STAR Construction company seriously suffered from a carbon monoxide (CO) gas leak at the Coal Chemical Department. This occurred during maintenance work.

Mr. Dipak Chattaraj, CEO, RSP has expressed deep anguish over the untimely demise of the 4 contract workers. He has said that RSP will extend every possible support to the bereaved families.