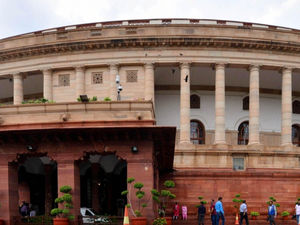 They were demanding the repeal of farm laws.

Naidu, expressing  regret over Opposition members’ conduct in the Rajya Sabha, said that members should desist from such unwarranted activities inside the chamber. The Chairman said such unauthorised recording of proceedings of House and its uploading  on social media may lead to a breach of privilege and contempt of the House.

He said recording the proceedings on mobile phones while sitting in the chamber is against parliamentary etiquette. The Parliament on Wednesday is expected to witness huge uproar over the ongoing farmers’ protest at Tikri, Singhu and Ghazipur borders.

The Opposition has demanded a discussion on the issue of three fresh farm laws and ongoing farmers’ agitation. Both Lower House and Upper House witnessed repeated adjournments amid vociferous protests by the Opposition on February 2.