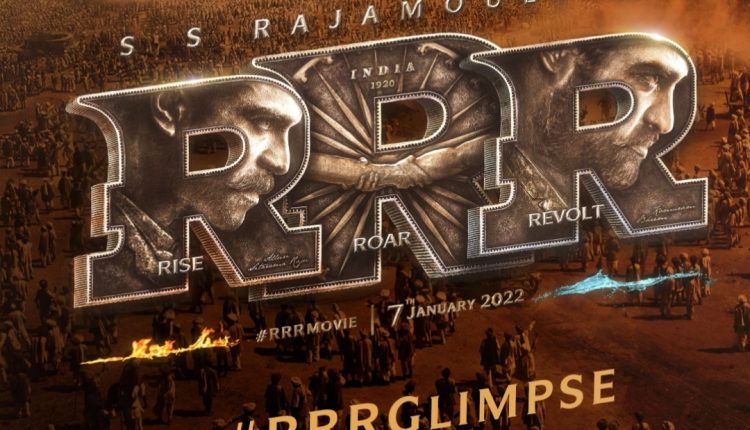 Hyderabad: SS Rajamouli has dropped the first glimpse of his much-awaited movie RRR, starring Ram Charan and Jr NTR in the lead while Ajay Devgn and Alia Bhatt in pivotal roles.

Previously, makers had unveiled the first teaser in March 2020. At that time, Ram Charan’s character was termed as ‘fire’, while Jr NTR was called as ‘ice.’ They also introduced the lead protagonists on the occasion of their birthdays. Some videos of making from the sets had also been shared by the makers.

The movie is gearing up for release on January 7, 2022. The period action venture also features Olivia Morris, Samuthirakani, Ray Stevenson and Alison Dood.

The film is based on the lives of two freedom fighters played by Jr NTR and Ram Charan.

RRR is produced by DVV Danayya on a huge budget of Rs 450 crore.