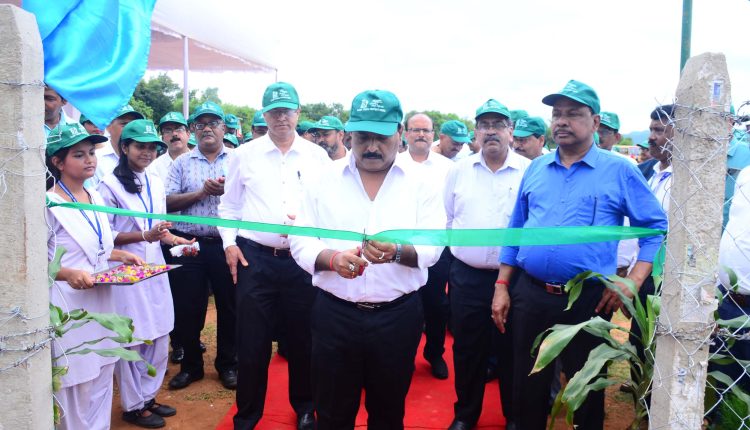 Around 300 students from different schools of Steel City joined the drive and planted saplings at the site..

In the Van Mahotsava programme organised on the occasion, around 300 students from different schools of Steel City joined the drive and planted saplings at the site. 1,125 plants of different varieties like Ashoka, Arjun, Jarul, Jack Fruit, Aonla, Jamun, Neem, Karanj, Chhatian, Bahada etc were planted in the area spread over 1.5 acres of land. 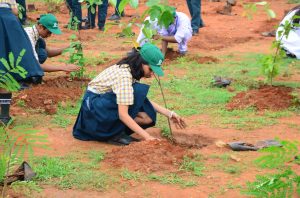 Notably, in the Iconic Week being observed from 4th to 10th July, 2022 environment is one of the key focus areas. The essence of the observance of the week being ‘Jan Bhagidari’, RSP aims to engage people in its massive efforts to increase the canopy of green in the region.  The Mobile Tableau flagged off as a part of the Iconic Week reached the venue which drew attention of the students and the people at large.

Mr. Purusottam Sahoo, AGM (Horticulture) made a detailed presentation on the proposed plantation programme for the year. The DIC reviewed this year’s plantation plan of the Horticulture Unit. He reiterated RSP’s commitment for a clean and green environment and emphasized upon creating awareness on plantations. The programme began with a soulful rendition of an invocation song ‘Gacha tie Mu’ based on the theme of promoting plantation. 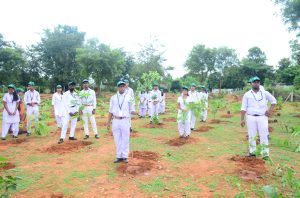 It is worth mentioning here that, so far RSP has planted more than 51 lakh trees in and around Rourkela, thereby creating a girdle of green in this region. In the current year, the Steel Plant has plans to undertake plantation of 1.5 lakh saplings at different locations of the Steel Plant as well as the Steel Township to expand and intensify the canopy of green.