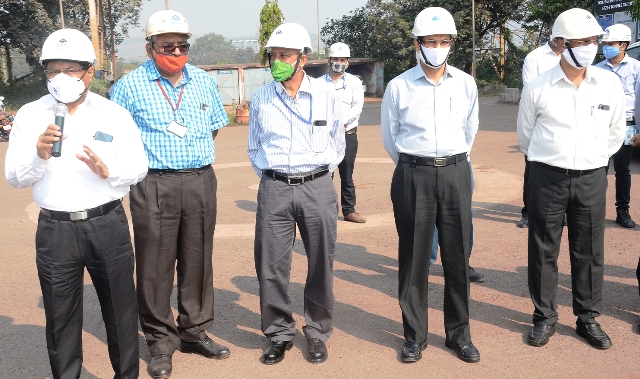 Rourkela: SAIL, Rourkela Steel Plant (RSP) has created a new benchmark in single-day base mix stacking at the Raw Material Handling Plant (RMHP) by surpassing the previous record by a huge margin.

Speaking on the occasion, Mr. Chattaraj, congratulated the collective for its sincere efforts and exhorted it to unleash its potential to create better tomorrows than today. He also emphasized on reducing the cost of production, improving quality and consistency to achieve better margin in the market. The CEO presented bouquets and sweets to the HoD in appreciation of the good job.

Mr. Singh, Mr. Kumar and other senior officers also congratulated the RMHP collective and appreciated the associated units for their contribution in the achievement. The employees in return assured the senior officers that they will give their best to achieving the challenging targets set for the current fiscal.

Violation Of Helmet Law To Cost DL Suspension In Odisha