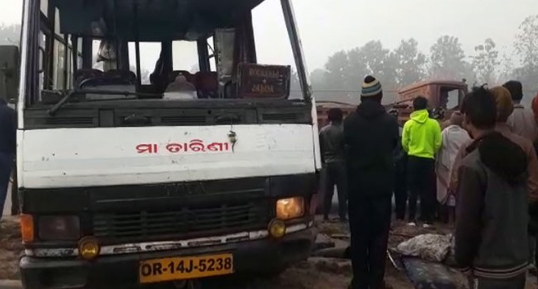 Sundergarh: The death toll in Rourkela bus accident which took place at Balughat on Sunday morning mounted to three as two more persons sucumbbed to thier injuries while unedrgoing treatment.

As per sources, the accident took place after the driver of the minbus, carrying around 20 persons, hit a divider and overturned near Balughat on NH-143.

The bus was en-route to Rourkela from Lathikata, sources added.

Following the incident, one person died on the spot while other passengers were immediately shifted to Rourkela government hospital where two others reportedly succumbed to their injuries.

Besides, the health condition of seven other persons including a minor, who sustained critical injuries, is stated to be critical.