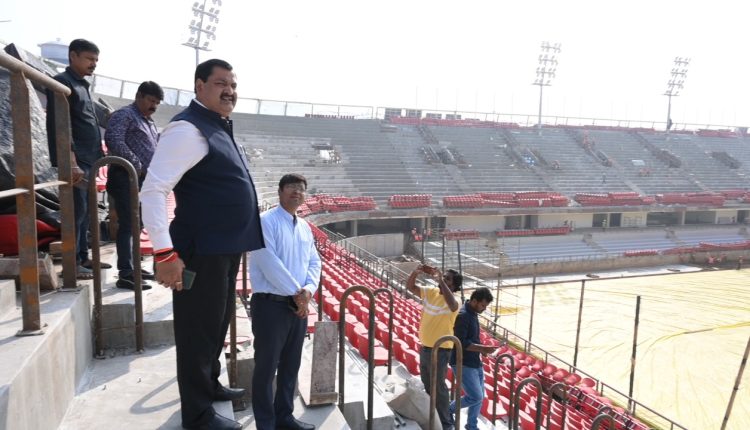 “The largest Hockey stadium in India is being constructed at Rourkela. The work is in full swing. Hockey India is happy with the preparations for the Hockey World Cup,” said president, Hockey India Padma Shri Dr. Dilip Tirkey.

“We saw the construction works at the Birsa Munda International Hockey Stadium. It is of high quality. The Odisha Govt has done well and is keen on successfully hosting the Hockey World Cup. Hockey India will extend all necessary cooperation for the smooth conduct of the World Cup,” said General Secretary Hockey India Bholanath Singh. 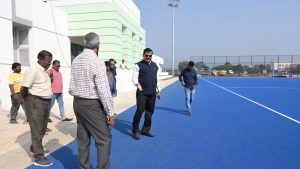 The Hockey India high-level delegation was accorded a grand welcome on its arrival in Rourkela on Wednesday evening. Later, the delegation held discussions with officials of the Sundargarh District Hockey Association on the preparations for the successful conduct of the 2023 Hockey World Cup.

The delegation members lay special importance on making the marquee event attractive and memorable as it is being hosted for the first time in the cradle of Indian Hockey, Sundargarh.

Odisha is playing host to the World Cup Hockey to be held in January 2023. The matches of the grand tournament have been split between Bhubaneswar and Rourkela. For the purpose, India’s largest Hockey stadium is being built in Rourkela which has seating capacity for 20,000 spectators.

Nevertheless, Odisha has become the first state to host two back-to-back World Cup Hockey tournaments in India where the event has been organised thrice, so far.

District Sports Officer Prashant Kumar Tarai and other officials were present during the visit of Hockey India delegates to the Birsa Munda International Hockey Stadium.