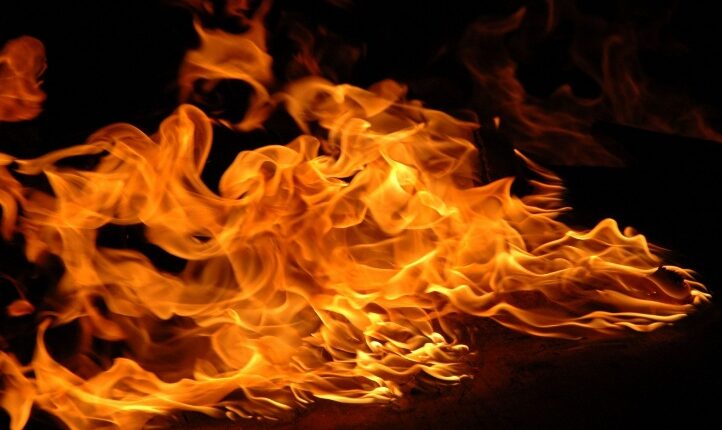 Rourkela: A massive fire broke out in a tyre godown in Rahmat Nagar slum under Sector-21  in Rourkela in wee hours today.

However, no injury casualty reported in the mishap. Reportedly, property worth lakhs of rupees was gutted in the blaze.

On receiving information, three firefighting teams rushed to the spot and doused the flames. At least 300 families residing in the slum had a close shave from death after the fire broke out.

Meanwhile, the cause behind the fire is yet to be ascertained.