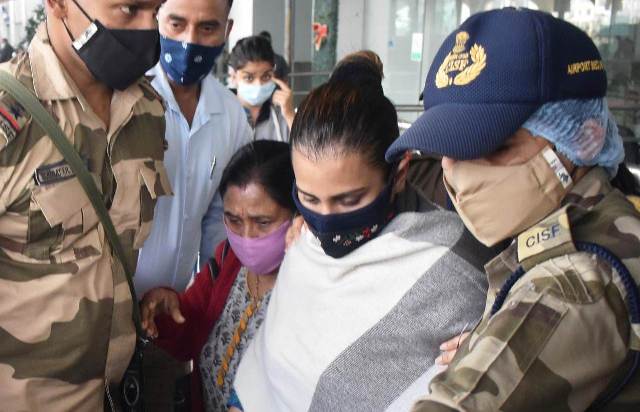 Bhubaneswar: Subhra Kundu, the wife of Rose Valley Group chairman Gautam Kundu, who was arrested on Friday and brought to Bhubaneswar today, was taken on a 5-day remand by CBI.

She was arrested from Kolkata in connection with the multi-crore chit fund scam on Friday. After obtaining transit remand from a court in Kolkata, CBI brought her to Bhubaneswar as the case has been registered here.

She was produced before a Special Court here and the CBI had sought 7 days remand period to interrogate Kundu. However, the court granted 5-day remand.

Subhra Kundu was arrested from her apartment in an upmarket south Kolkata condominium and brought to the CBI office at the CGO complex at Salt Lake for questioning.

She has been interrogated several times by the CBI and ED since 2015 when her husband was arrested by the latter. He has been in judicial custody since.

In a charge-sheet submitted in the Special CJM court in Bhubaneswar, the CBI had charged the ponzi firm of defrauding depositors of Rs 17,000 crore, out of which Rs 450 crore is from Odisha.

The Rose Valley scam came to light soon after an inquiry began into the 2013 Saradha ponzi scam.

The company allegedly cheated thousands of depositors, promising high returns on investments in its illegal schemes.