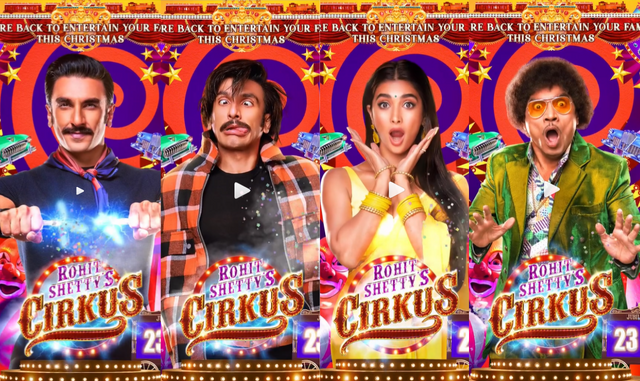 New Delhi: Ahead of the film’s release, Rohit Shetty introduced his ‘Cirkus family’. The film stars Ranveer Singh in the lead role, and it marks his third collaboration with Rohit Shetty after Simmba and Sooryavanshi.

Ranveer Singh took to his Instagram to share a short video clip that gives a sneak peek into the world of Rohit Shetty’s Cirkus.  Sharing the video, Ranveer Singh wrote, “Before the trailer drops next week, meet our CIRKUS family!!! #CirkusThisChristmas.”

Cirkus is loosely inspired by movies and plays such as Angoor, Do Dooni Chaar, Bhranti Bilas, which were adapted from William Shakespeare’s ‘The Comedy Of Effors’. Cirkus is scheduled for worldwide theatrical release on 23 December 2022, coinciding with Christmas Eve.