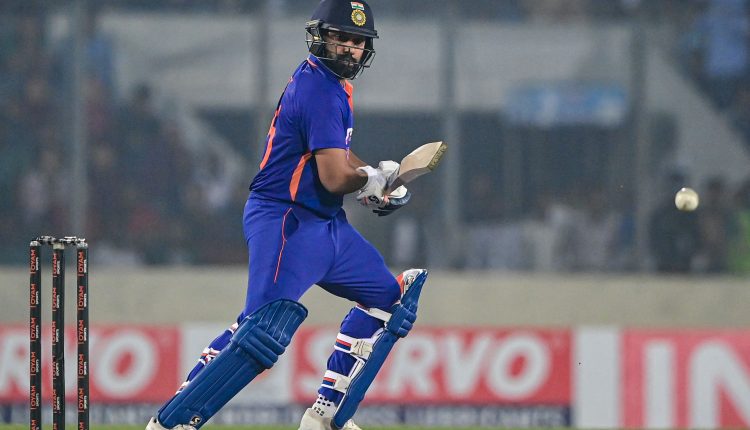 Skipper Rohit Sharma became the first Indian, and just the second batter world-wide, in international cricket to hit 500 sixes during the second ODI against Bangladesh in Dhaka.

Walking out to bat at No.9 after injuring his hand while in the field, Rohit put up a strong fight late in the run chase.

Rohit’s tally of 500 international sixes is bettered by only West Indies legend Chris Gayle, who has 533 sixes. No other Indian batter has more than 400 sixes. MS Dhoni with 359 sixes is the closest to Rohit among Indian players.

India were 65/4 in the run chase of 272 before Shreyas Iyer and Axar Patel put on a century stand to resurrect India’s innings.

However, Iyer and Axar fell in quick succession and Shardul Thakur followed them too which brought Rohit to the middle.