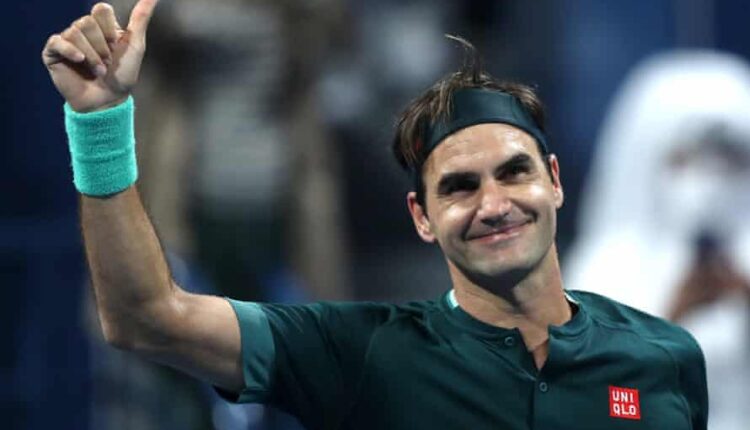 Roger Federer, who has not played since the summer of 2021 at Wimbledon, announced his retirement last week on social media, saying his body was no longer able to allow him to return to competition.

The Swiss legend bows out after having won 103 ATP singles titles including 20 Grand Slams, as well as an Olympic doubles gold medal from Beijing 2008.

As he prepares for one final farewell at the Laver Cup in London, the 41-year-old Swiss told the BBC that he had “overachieved” during his career.

“I don’t think anybody grows up and thinks they’re going to win this much,” he said. “You’re happy with winning Wimbledon titles, which is already crazy, or becoming world number one and being the best. Coming from a small country, we don’t have a base of so many players, so I totally overachieved in my mind.

“It’s been an absolute dream of a run that I’ve had for so long and I know that, and that’s why I’m totally happy to step away as well.”

The two-time Olympic medallist, who won singles silver on the grass courts of Wimbledon at London 2012 to go with his Beijing gold medal, admitted he had himself given up on playing while trying to make it back from his latest knee problem, which required surgery after Wimbledon last year.

“The last three years have been tough to say the least. When I still played the last match against Rafa in Cape Town a few years back (the Match for Africa against Rafael Nadal in February 2020) I was very unhappy with my knee, and I knew I was on very thin ice for the last year,” the Swiss maestro acknowledged.

“Ever since I played Wimbledon last year and I tried to come back but then I just could feel there was a limit to what I could do and this is not the way to play or try to keep pushing and I also stopped believing in it to be honest.

“I got a scan back a few months back and it was just not the scan I was hoping for, and this is when very quickly we realised it was it.”