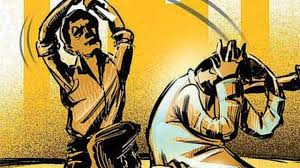 Balasore: At least four persons were injured in Haridapada area under Soro police limits in Balasore district following a clash between the locals and members of a robbery gang.

The injured have been identified as Sudam Charan Bauli, Ajay Kumar Behera, and Pradeep Kumar Mahakuda of the village and Pradumna Senapati, one of the miscreant.

According to sources, the incident took place while one Sudam Charan Bauli of the area was returning home at night when he was stopped by four robbers near Pitakalia Chowk. Sudam immediately called people near his home. Seeing this, the robbers attacked Sudam.

However, by then, locals had rushed for Sudam’s help.

The injured were then admitted to the hospital, sources said.

Floodwater Being Discharged Through 28 Sluice Gates Of Hirakud Dam

Another 502 COVID-19 patients recover in Odisha