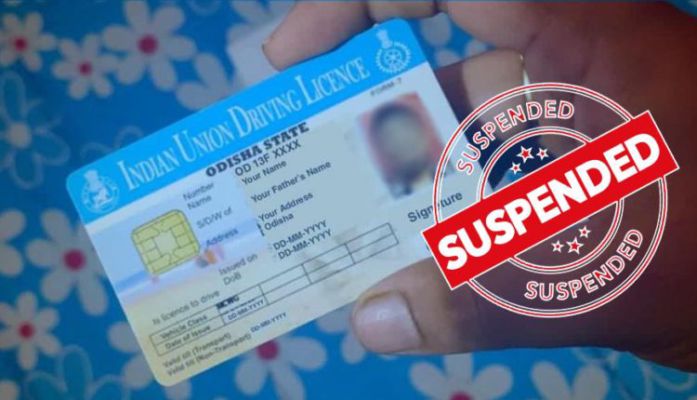 Bhubaneswar: The RTOs across the State have suspended 16,820 DLs during January and February for various road safety violations like over speeding, drunken driving, red light jumping, using mobile phones while driving, overload, not wearing helmet by rider or pillion.

According to a press note by the State Transport Authority (STA), the 16,820 DLs have been suspended for a period of three months as per directions of the Supreme Court Committee on Road Safety for violations like over speeding, drunken driving, red light jumping, using mobile phone while driving, overload, carrying passengers in goods vehicle, not wearing helmet by rider or pillion. The DL is suspended even in the first instance of violation in these cases.

The government has made it mandatory for both rider and pillion to use helmet from the 1st of January. RTO Bhubaneswar1 has suspended 3,016 DLs, closely followed by RTO Cuttack with 3,003 DL suspensions and RTO Rourkela has suspended 1,483 DLs during January and February.

In order to reduce the deaths due to road accidents, the drive against road safety violations will be further intensified jointly by RTOs and Police, the STA said.