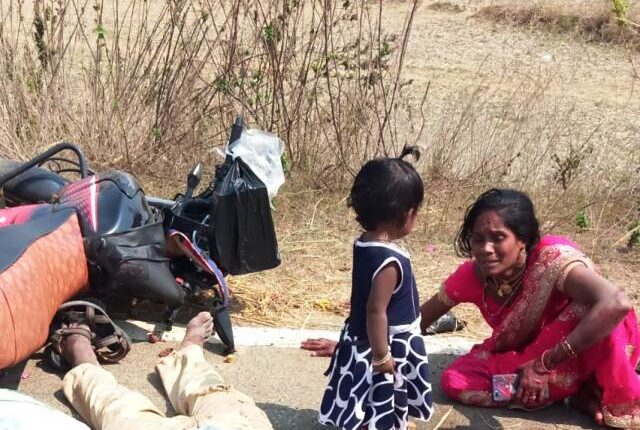 Chikiti: A man was killed while his daughter and wife were injured in a road mishap at Laxmipur under K Nuagaon police station on Sunday. The deceased is identified as Surendra Behera (55).

The accident occurred when Behera was on his way to his father-in-law’s house at Parasambha from Mulipadar village in Srikakulam district of Andhra Pradesh. His bike skidded off as it rammed into a heap of mud on the roadside.

Locals rescued him and rushed to hospital where doctors declared him brought dead, sources said. However, his wife and minor daughter survived the crash with minor injuries.

Dhanaghar outpost officer in charge Bijay Kumar Pradhan seized the mangled motorcycle and registered a case (34/21) of unnatural death into the incident.