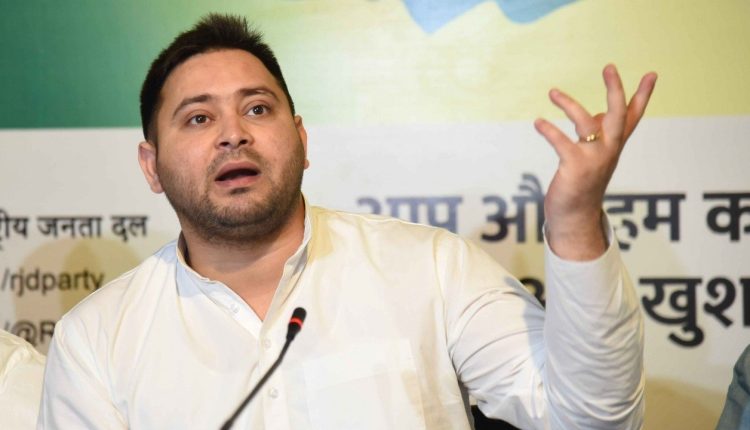 New Delhi: While the entire nation is hopeful about getting the first Tribal woman president, the Rashtriya Janata Dal (RJD) leader Tejashwi Yadav on Saturday mocked NDA’s choice. He said that people don’t want a statue in the President’s House.

Tejashwi Yadav’s statement comes from the backdrop of many opposition parties coming in support of Draupadi Murmu.

“You don’t need a ‘Murti’ (statue) in Rashtrapati Bhawan. You must have heard Yashwant Sinha Ji speaking, but not the Centre’s Presidential candidate. Not a single press conference by her since her candidature was announced,” Tejashwi said.

After Tejashwi Yadav took a dig at Droupadi Murmu ahead of the Presidential election, the BJP spokesperson, Shehzad Poonawalla, called the statement despicable and stated that such comments are being made to insult someone who is poised to become India’s first woman Adivasi President.

Elderly Woman Beaten To Death In Mayurbhanj On Suspicion Of Sorcery