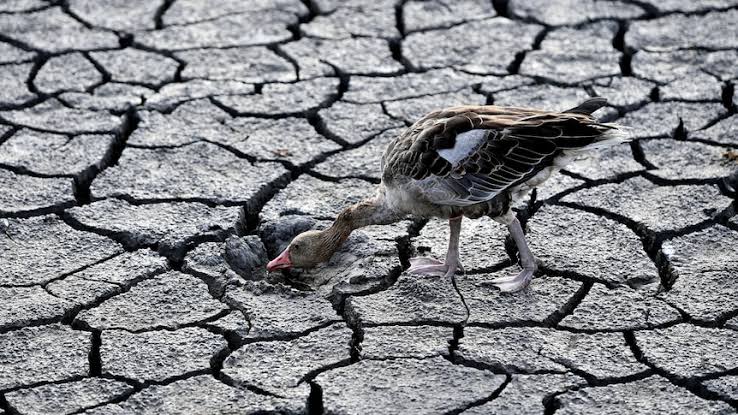 London: Intense drought throughout Europe is drying mighty rivers, which has been causing severe effects on the industry, freight, energy, and food production. The drought in western, central, and southern Europe may be considered to be the worst that the continent has seen in over 500 years, according to meteorologists, who also predict no major precipitation in the foreseeable future.

The worst drought that Italy has experienced in a decade has reduced Lake Garda to its lowest level on record.

The water level has fallen so far that large areas of previously underwater rock have now been exposed.

Due to low water level, the German container logistics company Contargo is suspending most of its inland shipping operations on the Upper and Middle Rhine.

Since no significant rainfall is expected in the coming days, the company expects the Kaub Gauge level to fall below 40 cm (15,7 inches) from this coming weekend.

Firefighters from six EU members started to arrive in France on Friday to help battle a series of wildfires, most notably a fierce blaze in the southwest that has forced thousands from their homes.

Water levels on the Danube River have been dipping toward critical levels in recent weeks, while parts of Lake Velence, to the southwest of Budapest, dried up entirely this week.

Amid its driest spell of weather in well over a century, the UK is introducing a hosepipe ban in some parts of the country, while the source of the River Thames is experiencing an unprecedented lack of water.

Meanwhile, the British government said that parts of southern, central and eastern England had officially moved into drought status.