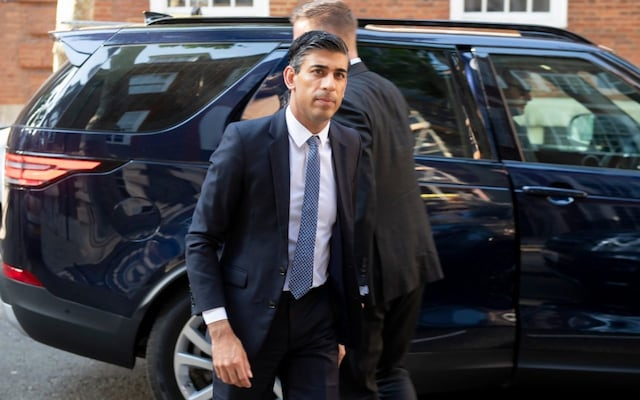 London: British Conservative party leader and former Finance Minister Rishi Sunak won the fourth round of voting with 118 votes and is leading in the race to replace Boris Johnson as British prime minister.

In the fourth round of voting for the Tory leadership held on July 19, Rishi Sunak retained his number 1 position and increased his vote share to 118 from 115 in round three, while Trade Minister Penny Mordaunt got 92 votes and Foreign Secretary Liz Truss 86 votes, leaving the race to clinch second place still open.

The three remaining candidates will enter the final round of voting on Wednesday, following which the two remaining will then go canvassing for the support of Tory party members across the country.

The India-origin British MP, who now has the backing of 118 MPs, just shy of the 120-mark or one-third of Conservative Party MPs, has almost booked his place in the final two. The candidate who receives the most votes will be elected the new Conservative Party leader and British Prime Minister on September 5.