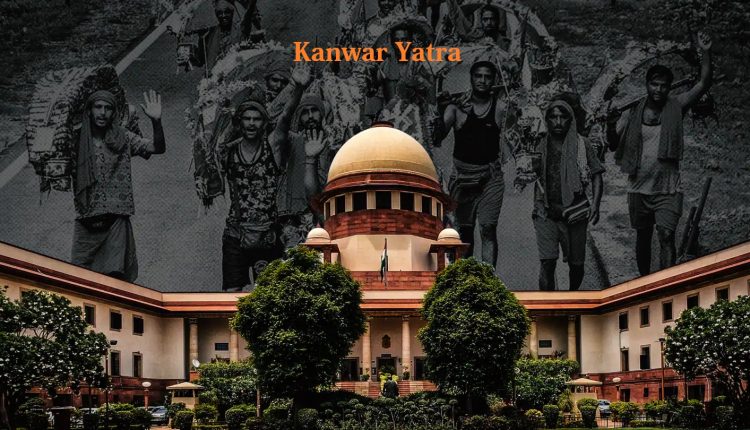 Right to life is paramount, other sentiments subservient: SC on UP’s decision of allowing Kanwar Yatra

New Delhi: The Supreme Court on Friday asked the Uttar Pradesh government to reconsider its decision to allow Kanwar Yatra.

A bench led by Justice RF Nariman, which took a suo moto cognisance of the case based on “alarming newspaper report”, noted that the matter concerns everyone and goes at the very heart of Article 21. “The health of citizens of India and right to life is paramount. All other sentiments — be in religious– are subservient to this basic fundamental right,” the bench noted.

The Supreme Court on Wednesday took suo motu cognisance of a “disturbing” news on Uttar Pradesh government”s decision to allow ”Kanwar Yatra” amidst the COVID-19 pandemic and sought responses from the state as well as the Centre on the matter.

It issued a notice to the Centre and the state governments of Uttar Pradesh and Uttarakhand while posting the matter for hearing on Friday.

The bench said that it read something “disturbing” that the state of UP has chosen to continue with the Kanwar yatra, while Uttarakhand with its hindsight of experience, has decided against it.