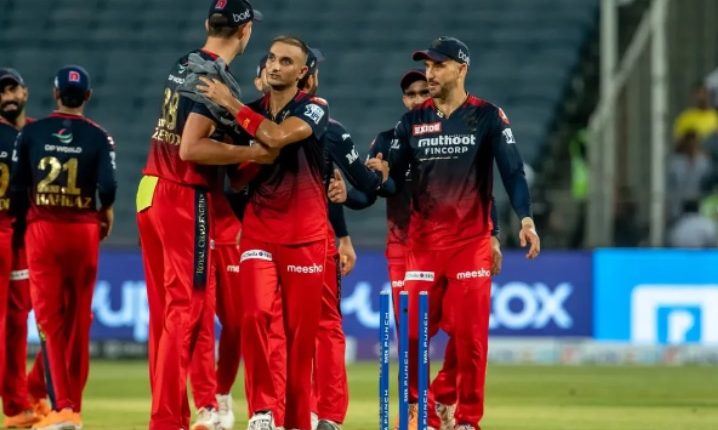 Right Men Are Pitching Up At Right Time For RCB In TATA IPL, Team Is Brimming With Confidence: Ravi Shastri

New Delhi: Former Indian captain Ravi Shastri reckons the Royal Challengers Bangalore side is doing well in TATA IPL 2022 because the team is not looking reliant on a few players and different players are rising to the occasion instead.

Under the leadership of Faf du Plessis, the RCB have done well in the most exciting IPL season and experts believe they are certainly going to make it to the playoffs and are even capable of lifting the title.

Speaking on Cricket Live on Star Sports, Shastri said, “They are doing well and the win against CSK must have given them a lot of confidence. This looks like a much better dressing room now. RCB players must be brimming with confidence, and their mindset will be different now as the right men are pitching up at the right time for the side. They are putting up a good all-round show in the tournament.”

Former Indian cricketer Aakash Chopra claimed the balance of RCB looks better this time and that is why the team is doing so well.

Speaking on Cricket Live on Star Sports, Chopra said, “The balance of RCB currently looks quite good. It used to be a bit different in the earlier seasons but this year a lot is going well for them. Earlier it used to be a team of alpha males i.e. AB de Villiers and Virat Kohli but that’s not the case this year. They have plenty of options in the bowling department which is the best thing for them.”

Former England cricketer Graeme Swann also praised RCB for their performance in the ongoing season and claimed this team is capable of beating anyone on its day. Swann also backed RCB’s top-four batters to do well in the remaining games.

Speaking on Cricket Live on Star Sports, Swann said, “Let’s face it, this team is full of quality players. If their batsmen actually support each other and one of their top-four (batters) goes on to score that 70-80, they could beat anybody on their day. Whether they go on to do that remains to be seen. Certainly, their top four is very-very spicy.”