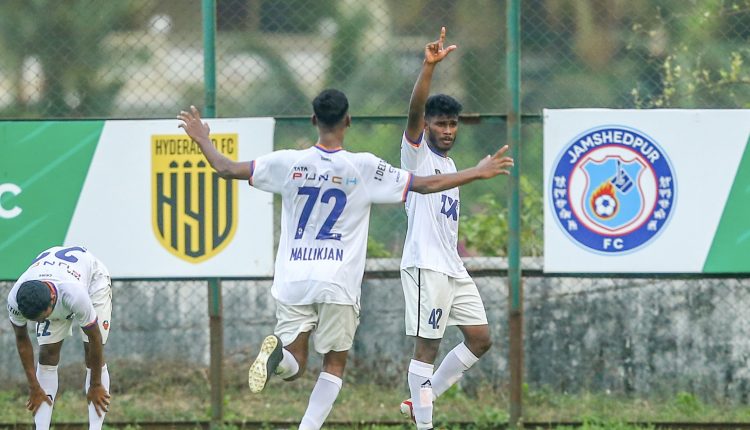 Goa: A lone goal in the second half by Brison Fernandes helped FC Goa to their third win in the RF Development League, this time against Mumbai City FC at the Nagoa Panchayat Ground on Sunday.

The win, the young Gaurs’ second on the trot see them move up to third on the table, tied on points with Hyderabad FC.

Dev Team head coach Deggie Cardozo made just one change from the starting XI against Kerala Blasters earlier this week, as Vasim Inamdar got the nod ahead of Ivon Costa for the game. The change proved fruitful, as Inamdar enjoyed a fruitful 60-minute shift before being replaced by Delton Colaco late in the game.

FC Goa got the ball rolling in the first half, and immediately switched to attack mode as they created chances after chances. Their earliest goalscoring opportunity came in the 3rd minute itself, when Deeshank Kunkalikar fired in a lovely cross from the right. There was, however, no one to connect with it at the other end as the ball rolled out for a throw in.

Five minutes later, Mevan Dias missed an easy chance when he headed wide off a cross by Jovial Dias.

The Boys in Orange should have taken the lead in the 18th minute, had it not been for Mumbai City goalkeeper Nishit Shetty. Lalremruata HP played a brilliant ball through to Jovial, whose first-time shot was barely pushed out for a corner-kick by Nishit.

Cardozo’s boys continued to create chances throughout the first half, but the absence of good finishing prevented them from impacting the scoresheet.

Mumbai City started the second half well, but their domination lasted for only a few minutes before FC Goa regained their mojo. What followed was a repeat of first half’s action, as the ball seldom crossed into the Gaurs’ own half.

Their efforts were finally rewarded in the 64th minute, when Brison Fernandes scored.

A solid passage of play amongst Mevan Dias, Lalremruata HP and Brison eventually ended with HP finding the latter at the edge of the box with a short pass. The midfielder deftly moved the ball to create space before unleashing his shot which beat goalkeeper Nishit and landed in the far bottom corner of the net.

Following the goal, FC Goa continued to assert their dominance and came close to scoring once again in the dying minutes but Mevan Dias saw his effort strike the post instead.

IMD Predicts Of Fresh Heatwave In Northwest, Central India For Next 3 Days