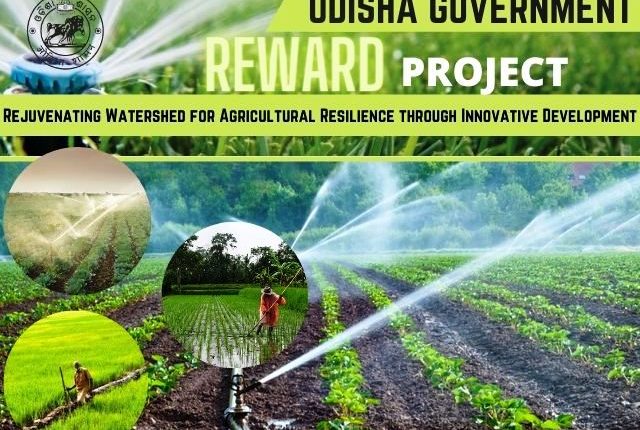 Bhubaneswar: In another step towards enhancing farmer’s income in the watershed and adjacent areas, the Odisha Government has initiated steps for putting in place a result-based watershed program titled as Rejuvenating Watershed for Agricultural Resilience through Innovative Development (REWARD).

Various contours of the programme was discussed in a high-level meeting held on digital mode under the Chairmanship of Chief Secretary Suresh Chandra Mahapatra from Lokseba Bhawan recently wherein Secretary Agriculture & Farmers’ Empowerment Suresh Kumar Basistha outlined the issues; and, Ms Pritee Kumar of World Bank with her team presented the proposed intervention and outcome details of the programme.

Considering the proposal, the Chief Secretary directed to “Focus on enhancing productivity and opening up new sustainable livelihood opportunities for increasing the net income of the farmers. He also directed to treat the watershed and adjacent areas on saturation mode through adoption of new technology and data-driven approaches”.

It was decided to treat around 1.15 lakh hect of land under 152 micro-watershed units in five pilot districts namely Koraput, Nayagarh, Dhenkanal, Deogarh and Sambalpur in the first phase.  Besides, around 4.11 lakh hect of land in seven districts covering about 533 micro-watershed units would be covered both for pilot intervention and intensive agriculture. These seven districts included Nabarangpur and Sundargarh in addition to above five districts. As such, target was set to cover a total of around 5.26 lakh hectors of land spreading over 705 micro-watersheds under the proposed REWARD projects.

The expected ecological outcomes of the project include prevention of soil run-off, regeneration of natural vegetation, rain water harvesting and recharging of the ground water table. This would enable multi-cropping and adoption of diverse agro-based activities for providing sustainable livelihoods to the people in the watershed area.  Chief Secretary Sri Mahapatra directed to complete designing of the project by end of July, 2021.

Ms Pritee Kumar mentioned, “Odisha is a forerunner in watershed management”. The proposed programme would be helpful in making the watersheds “climate resilient through land resource inventory, land use planning, and precision farming in the context of the specific agro-ecological conditions”.

The project would directly address key strategic actions around increasing farmers’ incomes, more crop per drop of water, water to every plot and soil health. It would also focus on promotion of entrepreneurship through technical and financial support.

Discussions in the meeting showed, Odisha was one of three States to have planned for such an ambitious programme. The other two States were Karnataka and Andhra Pradesh. The programme would generally be implemented over a period of six years. The approximate cost of the project was estimated around 211.57 million dollar out of which State and central Government would provide around 162.57 million dollar through convergence of different schemes; and, International Bank for Reconstruction and Development (IBRD) of the World Bank would provide 49 million dollar as loan. Chief Secretary Sri Mahapatra directed to put in place a credible professional agency for continuous assessment and evaluation of the outcomes of the project.