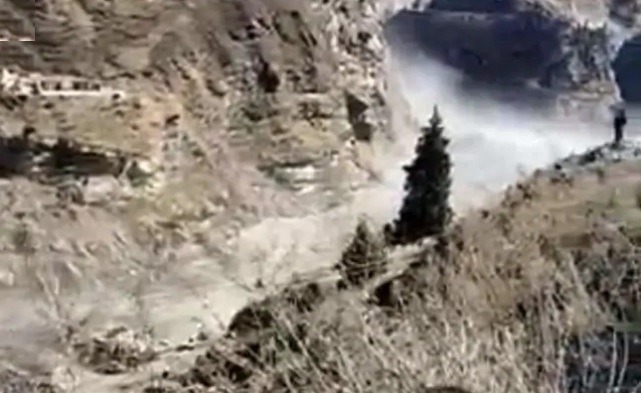 Researchers Arrive To Inspect Artificial Lake Over Rishiganga In Uttarakhand

Chamoli: To inspect the artificial lake formed over Rishiganga after the recent avalanche and gauge, a team of researchers arrived in Pang village here on Saturday.

According to reports, the team led by USAC Director MPS Bisht and consisting of four scientists each from the Geological Survey of India and Uttarakhand Space Application Centre will try to reach the lake on foot by Saturday evening or Sunday.

The team is being accompanied by a mountaineer from the Nehru Institute of Mountaineering and SDRF jawans to ensure their safe journey to the lake.

The deadly flash floods triggered by a snow avalanche on February 7 had washed away a 520 MW downstream NTPC hydropower project at Tapovan on river Dhauli Ganga. The avalanche covered approximately 14 sq km area that caused flash floods in the Rishiganga river in Chamoli district.