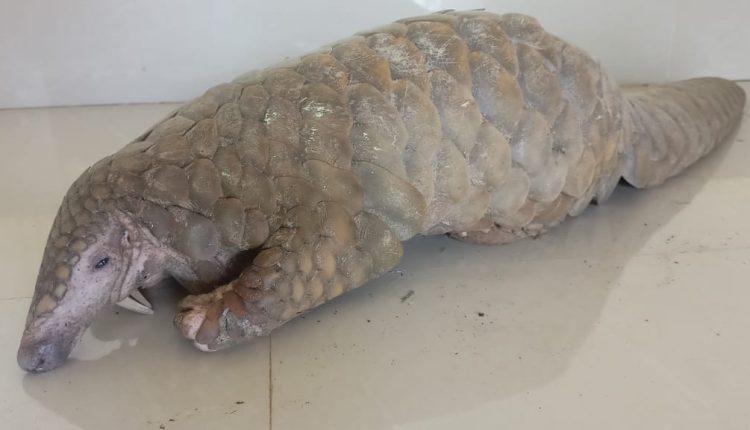 Barang: A pangolin rescued by the Special Task Force (STF) from Chilika Forest Range of Tangi region has been shifted to Nandankanan Zoological Park in Bhubaneswar.

According to reports, the STF had rescued the 8-year-old pangolin from a wildlife smuggler in Chilika forest following a tip-off. The smuggler was also arrested.

The scaly anteater has been kept in the quarantine at Nandankanan Wildlife Hospital for treatment. It will be kept in Nandankanan hospital’s quarantine for 30 to 40 days as per laws.

After the pangolin’s health check-up, it is expected to be released at the Pangoling Breeding Center in Nandankanan area after direction from the state government.

Bringing smiles to people’s faces and making them laugh is what keeps me going: Actor Varun Sharma