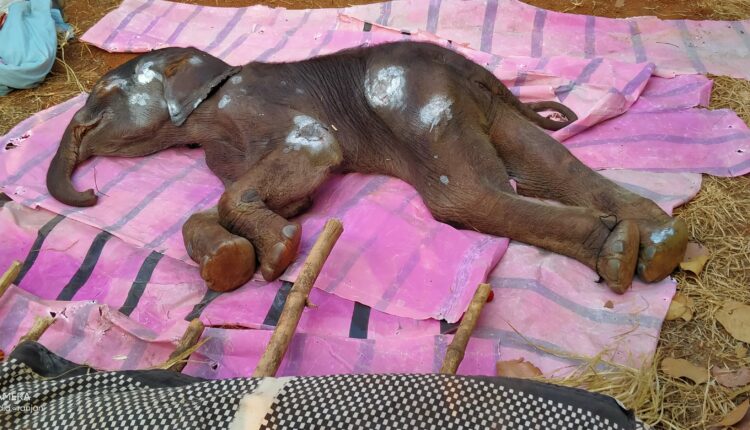 Bisoi: A 12-year-old jumbo calf died at Bisoi wildlife division office while undergoing treatment. Its carcass was buried at the office premises on Tuesday.

Reports said the calf elephant was rescued by the officials from Tangar forest reserve on February 8. The calf jumbo was doing well after given due treatment by officials at the wildlife division office. It was not able to take hard food due to illness.

The wildlife officials were providing liquid food to keep it alive. However, the jumbo calf developed indigestion and succumbed to illness.

Post mortem was carried out in the presence of ACF Baidyanath Majhi, forest ranger Pradip Kumar Prusty, Pradipta Kabi, Jhula Patnaik and other staff. It was buried on the office premises.