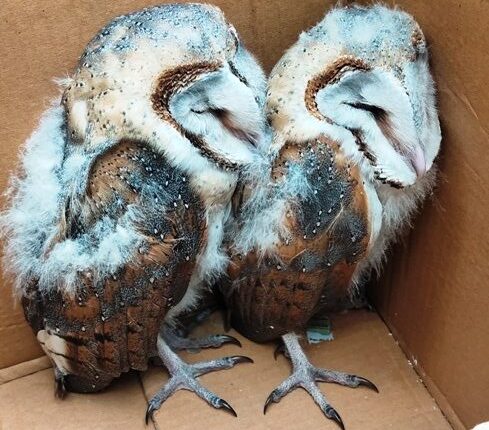 Barang: Three barn owls were rescued from Raghunathpur bridge area by a local youth on Tuesday. The birds were found injured.

Reports said Chinmaya Samal had rescued the nocturnal birds. The owls were believed to be injured by the compressor box of the air conditioner of a shopping mall near Raghunathpur.

Nandankanan deputy director has allowed the endangered owls to be provided with immediate treatment at special ICU lens ward. Worthwhile to mention that the CZA decides which bird species will be allowed to be kept in captivity.