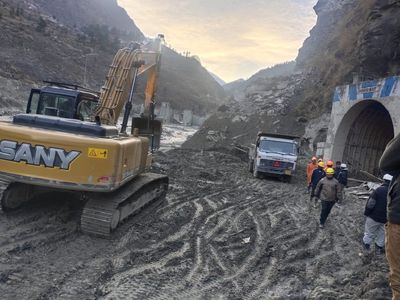 Chamoli (Uttarakhand): Uttarakhand government said on Friday that 36 bodies were recovered even as 204 people are still missing in the glacier disaster.

Drilling has began through the debris in Tapovan tunnel to reach to 30 people who are believed to be trapped inside. The operation was stalled after the Dhuliganga river began swelling again.

The agencies are now making a fresh attempt to establish a ‘life-saving system’, by means of oxygen at the ‘head-race tunnel’, which is a network of tunnels. While the main tunnel, where the rescue operations are underway is a 1.5 km long stretch, the other tunnels are further below and it is believed that more people could be trapped in these areas.

Domestic air travel gets expensive! DGCA raises limits on Airfare up by 10-30%