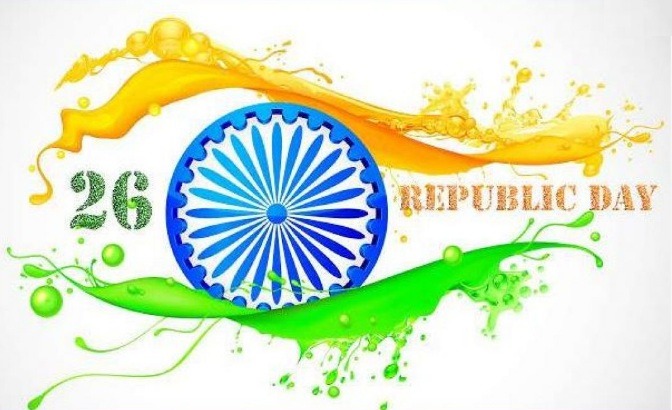 New Delhi: Republic Day has been celebrated every year in India on January 26, since 1950 to honour the date on which the Constitution of India came into effect. India was a colony of the British for over 200 years and became independent from the rule of the British Raj following the Indian independence movement. While India became independent on August 14, 1947, it still didn’t have a permanent constitution, and Indian laws were based on a modified version of the British established, Government of India Act 1935.

However, two weeks later on 29 August 1947, a Drafting Committee was appointed for the drafting of a permanent Indian Constitution, with Dr B R Ambedkar as chairman. After a lot of hard work, the Constitution was finally drafted, and January 26 was chosen as the day to declare India as the Sovereign Republic. The significance of January 26 is that on that day in 1929, the Indian National Congress made the well known Declaration of Indian Independence (Purna Swaraj) as opposed to British rule.

And though the Constitution came into force in 1950 with a democratic government system, it was adopted by the Indian Constituent Assembly on 26 November 1949. This completed the country’s transition into becoming a sovereign republic.

The draft of the constitution was submitted to the Indian Constituent Assembly on 4 November 1947. Over the course of 166 days, that were spread over two years, the 308 members of the Assembly met in sessions that were open to the public and made some modifications. Finally, on January 24, 1950, the Assembly members signed two handwritten copies of the Constitution, one in English and one in Hindi. And two days later history was made. On that day began Dr. Rajendra Prasad’s first term of office as President of the Indian Union. The Constituent Assembly became the Parliament of India under the transitional provisions of the new Constitution.

January 26 is celebrated to commemorate the Indian Constitution replacing the Government of India Act (1935) as the governing document of India. And now it is celebrated across India with a lot of fervour. In Delhi, at Rajpath magnificent parades by regiments of the Indian Army, Navy, Air Force, police and paramilitary forces march and there is also a display India’s defence prowess is on display with latest missiles, aircraft, and weapon systems. Beautiful tableaus, representing the beauty of all the states of India are also showcased during the parade. There are also skyshows by the Air Force.

Delhi: Fire breaks out at factory in Pratap Nagar

Parineeti Chopra Starrer “The Girl on the…