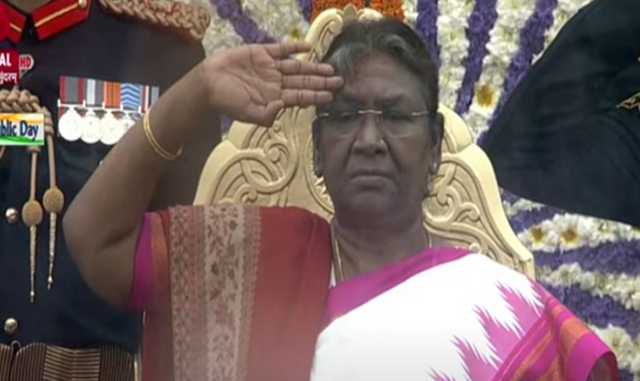 New Delhi: President Droupadi Murmu commenced the celebrations of the 74th Republic Day by unfurling the national flag at Kartavya Path on Thursday.

Keeping with tradition the unfurling of the Tricolour was followed by the national anthem and a customary 21 Gun Salute.

Notably, it was for the first time that the 21 Gun Salute was given with 105 mm Indian Field Guns. It replaced the vintage 25-pounder gun.

Sisi is the chief guest for Republic Day this year, and a 120-member Egyptian contingent will also march during the celebrations on Kartavaya Path.

At the National War Memorial earlier, Prime Minister Narendra Modi had paid solemn tributes to the fallen heroes by laying a wreath.