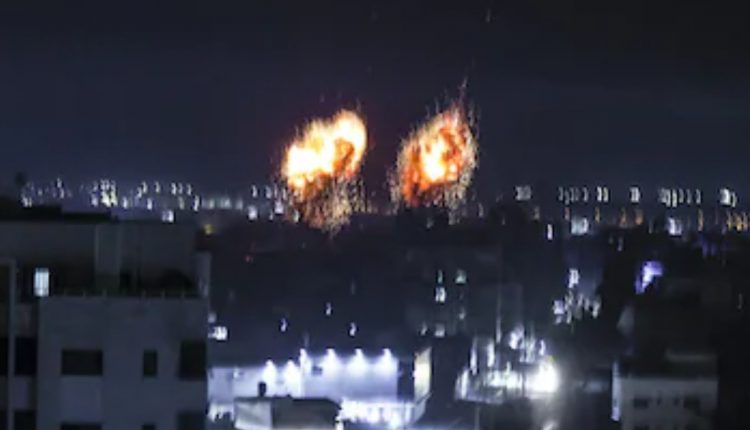 Palestine: Israel has launched airstrikes on the Gaza Strip, after militants in the Palestinian territory sent incendiary balloons into southern Israel, security sources and witnesses said.

Blasts were heard across Gaza about 1:00 a.m. local time on Wednesday, according to a Hamas radio station, which reported the attacks targeted a Palestinian training camp.

“Fighter jets recently attacked Hamas military complexes that served as camps and meeting places for terrorist operatives in the Khan Yunis and Gaza brigades,” the military said, adding that it is “prepared for all scenarios, including the resumption of hostilities”.

“Terrorist activity took place in the attacked compound,” the IDF said, adding that the attacks were in retaliation to incendiary devices launched earlier in the day toward southern Israel.

“The IDF is prepared for all scenarios, including the resumption of hostilities, in the face of continued terror acts from the Gaza Strip,” the army added.

The renewed tension came after a march in East Jerusalem that celebrated the 1967 capture of the city drew hundreds of Israeli ultra-nationalists, some of whom chanted “Death to Arabs.” The march was considered to be a provocation by Hamas, which urged Palestinians to “resist” the parade.

Seaplane services in India to be developed, Know how

44 more succumb to COVID-19 in Odisha