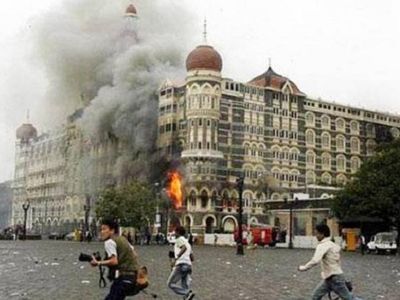 New Delhi: India’s commercial capital, Mumbai, was held to ransom by a group of Pakistani terrorists on this day in 2008 who sneaked into the city via sea route.

As many as 166 people, including foreign nationals, were killed in the ghastly attack that continued for four days. Ten Lashkar-e-Taiba terrorists went on a killing spree in the buzzing metropolis during peak hours.

They landed in the city via sea route that originated from Karachi in Pakistan. On the night of November 23, 2008, the group hijacked an Indian fishing trawler MV Kuber.

They killed Amarchand Solanki, the captain of MV Kuber, as the trawler sailed closer to Mumbai.

The group then launched their inflatable boat and landed in Mumbai at about 8.15 pm on November 26. Armed with grenades, AK-47 rifles, GPS set, eatables and mobile sets, the group then launched the first attack at Mumbai’s Chhatrapati Shivaji Terminus (CST). Ajmal Kasab, who was later held and hanged as the sole surviving terrorist of the attack, along with another terrorist Ismail Khan killed nearly 58 people at CST and injured over 100.

Their attempt to attack Cama Hospital was thwarted by the alert hospital staff members. However, the gunmen managed to kill six police officials including ATS chief Hemant Karkare, Vijay Salaskar and Ashok Kamte.

Five Of Family Killed In Road Accident In AP’s Prakasam

Bulldozer Action Against BJP Leader Who Abused Woman in Noida

Five Of Family Killed In Road Accident In AP’s…