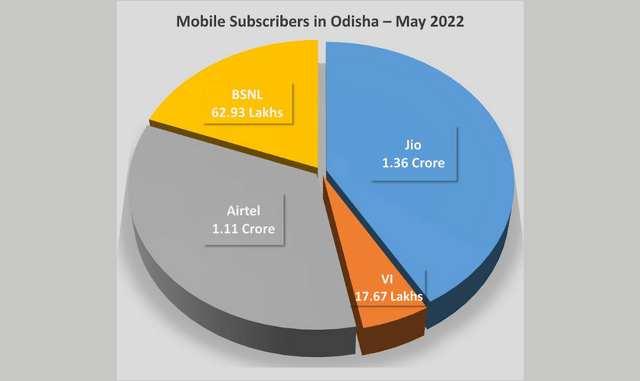 Bhubaneswar: Continuing its excellent march as the most preferred and No. 1 digital service provider in the state, Reliance Jio has added over 1.85 lakh new mobile subscribers in Odisha, in the month of May 2022, as per the telecom subscriber data released by Telecom Regulatory Authority of India (TRAI), today.

Nationally, Jio also added highest 31 lakh mobile subscribers in the month of May 2022.