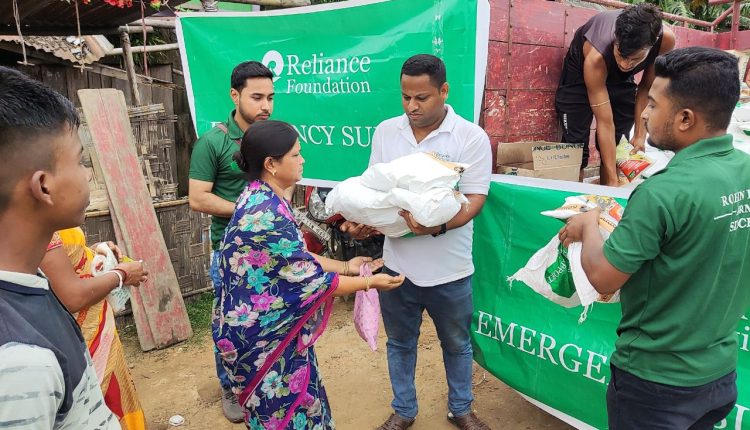 To support the people of Assam in the ongoing floods that have badly affected the state, Reliance Foundation contributed Rs 25 crore to the Chief Minister’s Relief Fund on Friday.

Assam Chief Minister Dr. Himanta Biswa Sarma expressed his gratitude on social media, saying, “My deepest gratitude to Shri Mukesh Ambani and Shri Anant Ambani for standing with the people of Assam at this crucial juncture. This will go a long way in augmenting our flood relief measures”.

The contribution to the CM Relief’s Fund follows a nearly month-long relief effort that Reliance Foundation has been supporting in Assam, with the State Government and civil society organisations. Responding swiftly to the flood situation, with a team on the field, Reliance Foundation joined hands with Assam State Disaster Management Authority, Health & Family Welfare Department and National Health Mission, Animal Husbandry and Veterinary Department, district administrations and other civil society organizations working on the ground to provide relief and alleviate the distress caused by floods. 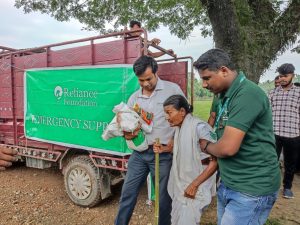 In Cachar district, Reliance Foundation is supporting immediate relief efforts in Silchar, Kalain, Borkhola and Katigoarh blocks while relief operations are underway in Kathiatoli, Raha, Nagaon Sadar and Kampur blocks of Nagaon district. Medical camps are being held and emergency relief kits are being distributed. Besides, a number of livestock camps have also been held in Cachar and Nagaon districts, which are among the most affected areas after weeks of incessant rainfall in the state.

Since the start of the medical camps on 1 June, over 1,900 people have been screened and treated for various health conditions arising from flooding. More than 10,400 animals have been treated in livestock camps. 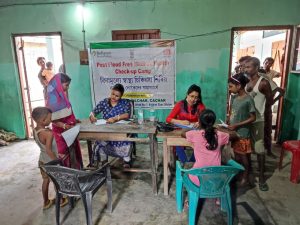 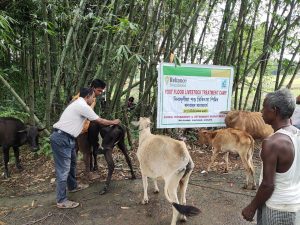 Alongside medical camps, Reliance Foundation is distributing relief kits, with dry rations and hygiene needs, to provide immediate relief at the household level. To date, 5,000 households were provided kits.

In 2021, Reliance Foundation supported relief efforts in various states affected by eight disasters, mainly cyclones and floods, with pre & post-disaster advisories alongside relief, reaching over 1.7 lakh people in the past year.